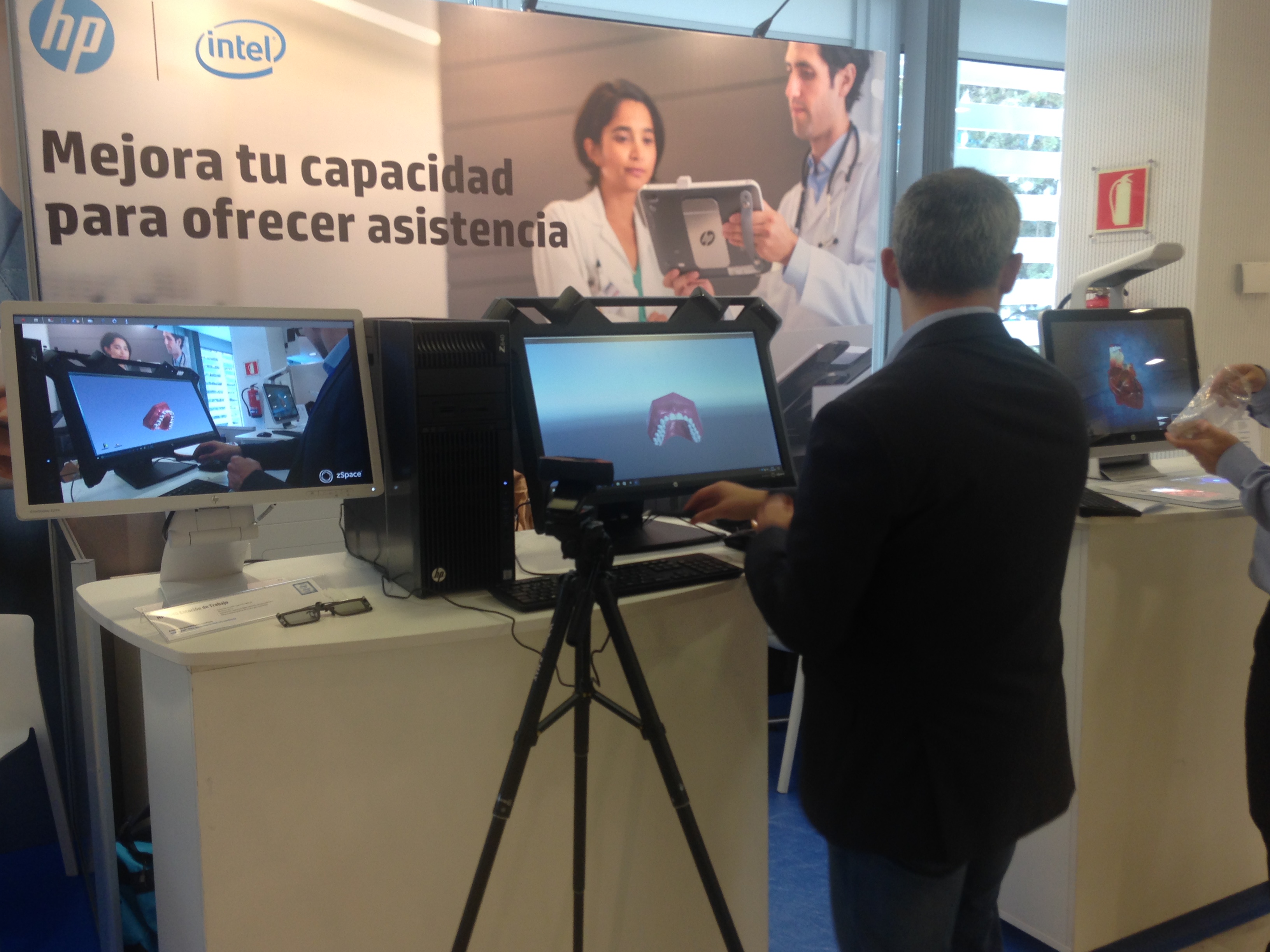 On March 21-23, the XX National Congress of Health Informatics was held, in which His Majesty the King, Felipe VI, holds the Presidency of Honor. Its celebration took place at the NH Eurobuilding Hotel.

SPIKA TECH, has had the honor of participating, occupying a space at the HEWLETT PACKARD stand and showing the ECHOPIXELS medical viewer solution.

ECHOPIXELS is a solution that allows you to transform any DICOM file hosted in a PACS, to a 3D file that can be viewed through virtual reality (VR), allowing radiologists and other health professionals to plan surgical procedures, measure nodules or view in real time of any anomaly included in said file.

At the HEWLETT PACKARD stand, personalities from Public Administrations such as Mrs. Elena Andradas Aragonés, General Director of Public Health, Quality and Innovation of the Ministry of Health, Social Services and Equality visited us. Also Mrs. María Martín Díez de Baldeón, Health Counselor of the Government of La Rioja.

A success that we hope to repeat in the coming years, with the confidence of HEWLETT PACKARD whom from here we want to thank for the effort and enthusiasm deposited in the “Aula HP” project.